"Being a Better Online Reader" 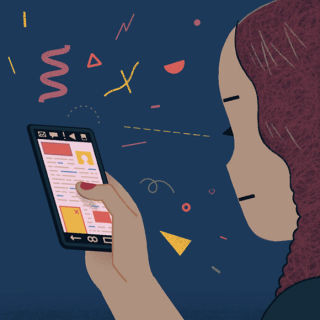 Soon after Maryanne Wolf published “Proust and the Squid,” a history of the science and the development of the reading brain from antiquity to the twenty-first century, she began to receive letters from readers. Hundreds of them. While the backgrounds of the writers varied, a theme began to emerge: the more reading moved online, the less students seemed to understand. There were the architects who wrote to her about students who relied so heavily on ready digital information that they were unprepared to address basic problems onsite. There were the neurosurgeons who worried about the “cut-and-paste chart mentality” that their students exhibited, missing crucial details because they failed to delve deeply enough into any one case. And there were, of course, the English teachers who lamented that no one wanted to read Henry James anymore.As the letters continued to pour in, Wolf experienced a growing realization: in the seven years it had taken her to research and write her account, reading had changed profoundly — and the ramifications could be felt far beyond English departments and libraries. She called the rude awakening her “Rip van Winkle moment,” and decided that it was important enough to warrant another book. What was going on with these students and professionals? Was the digital format to blame for their superficial approaches, or was something else at work?

Ler mais no The New Yorker >>