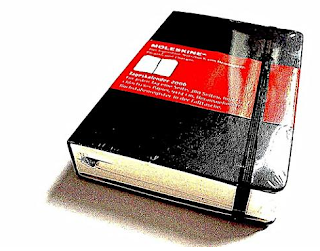 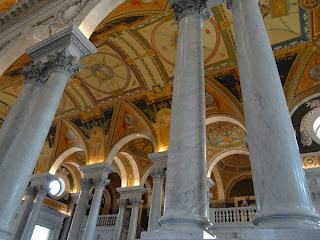 
(...)1. The house of the 99%: The foundation of democracy is an educated electorate. When the economy is down, it is all the more vital that we the people have access to information, education, news… and now in modern times the internet, computers, and other sources of media tools as well. Libraries do that. For everyone.
2. Libraries build equity: Research shows that depressed neighborhoods and declining communities are not just culturally enriched by libraries. The institutions serve as a community focal point, like a town square, and communities that have that resource rebound.
3. Community hope chest: Libraries don't just curate the Harry Potter series and lend copies of the latest blockbusters on DVD, they also house special collections based on the needs and unique identities of the communities they serve. (...)
4. Renewable resource : How much do you save by being able to borrow materials from the library? How helpful is it to have this resource — especially now that even retail bookstores, movie rental shops, and record stores are closing? There's a calculator for that.5. Literacy: Studies show that children's literacy is greatly improved by access to summer reading programs and preschool reading programs at public libraries. And children's literacy is a building-block of adult literacy. (...)
6. Leveling the playing field: Libraries offer vital resources for communities that might not otherwise be served or feel integrated. People learning English (or other languages), the elderly, deaf people, the homeless… the list goes on.
7. Safe space: In some communities, the public library may be the only free space available that is also a safe space. Young victims of bullying, kids who live with domestic violence, LGBT youth, and many more can find a safe place (and often a caring librarian) at the library. I know from personal experience — having spent time camped at my local library when I had no other safe place to go as a teenager.
8. Cultural touchstone: Many libraries showcase art — often by local artists. Likewise, the buildings themselves are often architecturally significant and enhance the beauty and character of the communities they serve.
9. Drop in or drop out: Libraries can also be a place that means the difference between a child's success or failure in school. Many libraries offer tutoring programs, free classes, as well as access to volumes of information and technology that a kid might not have anywhere else. Believe it or not, even in these modern times there are kids who don't have computers at home who need to type their papers for school. There are kids who can't afford the expensive private tutor to get through Algebra. Libraries can make the difference to a kid teetering on the edge. And high school dropout rates have a direct correlation to the health of a community.
(...)