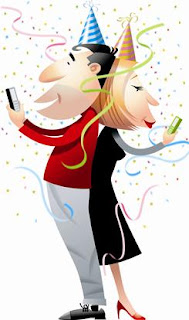 When Gretchen Baxter gets home from work as a New York City book editor, she checks her BlackBerry at the door.
"I think we are attached to these devices in a way that is not always positive," says Baxter, who'd rather focus at home on her husband and 12-year-old daughter. "It's there and it beckons. That's human nature (but) ... we kind of get crazy sometimes and we don't know where it should stop."
Americans are connected at unprecedented levels — 93% now use cellphones or wireless devices; one-third of those are "smartphones" that allow users to browse the Web and check e-mail, among other things. The benefits are obvious: checking messages on the road, staying in touch with friends and family, efficiently using time once spent waiting around.
The downside: Often, we're effectively disconnecting from those in the same room.
That's why, despite all the technology that makes communicating easier than ever, 2010 was the Year We Stopped Talking to One Another. From texting at dinner to posting on Facebook from work or checking e-mail while on a date, the connectivity revolution is creating a lot of divided attention, not to mention social angst. Many analysts say it's time to step back and reassess.
Ler mais no USA Today, 30 Dez. 2010 >>
Tweetar
Esta página utiliza cookies. Consulte a nossa Política de cookies.